I can’t remember now where I heard the adage that couples just starting out in life should start small when it come to keeping other things alive.  So, start with plants, graduate to animals and then actual live human children.  The theory is that if you can keep plants and animals alive, then you can probably do the whole baby thing.

I used to think this was a bunch of bunk mainly because it doesn’t take into account whether or not you actually want to keep the thing alive.  I’m terrible at keeping plants alive because I consistently forget to water them, and I am not remorseful enough to make an effort to remember.  I have no problem remembering to water the kitties, however, because I have every desire to keep them alive and purring until they die a peaceful death of old age.  The saying assumes that each has the same level of respect.  I love my kitties and I tolerate my plants. 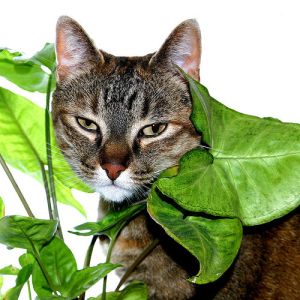 I do think, though, that whoever came up with this theory was on to something when you apply it to dogs.  In fact, I think G, our new (to us) old Golden Retriever has (temporarily) cured my Baby Lust.  I honestly had no clue how much work a dog really takes.  Walks twice a day, daily grooming, playing twice a day out in the backyard, feeding, holy crap it is unbelievable!  And there’s the worrying about training, leash pulling, eating the kitties’ food, chasing the kitties (that happened yesterday), the thunderstorm phobia.  This dog is more work in one day than the kitties are in an entire week.

It is enough to make you question whether you really want to have an infant who is likely ten times more work. Yeah, I said it.  Is that heresy?

There would be some marked differences: Mr. X would share a whole lot more of the responsibilities, and presumably we would have 9 months to get used to the idea of an infant. But still. After the honeymoon phase ends and people stop coming by to visit to see the new baby, it is you and them and that’s it.  Of course, you can take the kid everywhere. The dog, not so much.

For now, I’m going to enjoy not being obsessed with the state of my uterus (or anyone else’s for that matter) and enjoy navigating my way through new doggy-mommyhood. Woof.

9 thoughts on “The Dog and Baby Show”