I gave it a lot of thought. What I would do to get the maximum benefit out of the two day respite I had from the real world to deal with the Big Ass Disappointment that was a BFN after IVF.  I pondered all of the suggestions that you lovely ladies provided. I planned. I plotted.  In the end, though, I just gave in to inertia and did whatever the hell I felt like, which is not to say I didn’t have a good weekend.  Here’s a short recap, all brought to you by the letter S.

First, I Slept. I slept like it was going out of style.  I Stole the covers. Repeatedly. I got up to feed the animals and then went back to bed.  I think I kicked Mr. X out of the bed at some point so that I could have full reign over the bed.  I grunted at him when he came to see if I was still (!) in bed.

I Shed some tears. Ok, a lot of tears. Some on Mr. X, most into tissues that gave up their brief lives in my service.  Par for the course in this business, I’m afraid.

I Squired G around the neighborhood on our twice daily walks.  We Slalomed around the street as part of training since he needs to work on his weaving in and around objects.

I Saw that Big Red is tentatively deciding to make an appearing which is a relief as it puts this cycle most definitively to bed.

I Slurped a delicious margarita (frozen, no salt with a dash of OJ) and got nice and Sloppy at dinner with friends who were my own age and none of whom a) have children or b) are apparently in the planning stages to reproduce.  We talked about travel, work and animals. It was just what I needed.

I Snuggled into a big comfy chair with a Golden foot warmer on the ottoman and read a good book, the title of which I do NOT recommend googling as the first hit is a swinger’s club. Yea, that kind of swinger.

I Slayed weeds that had the temerity to pop up in the middle of the lovely bed Mr. X and I planted about a month ago. 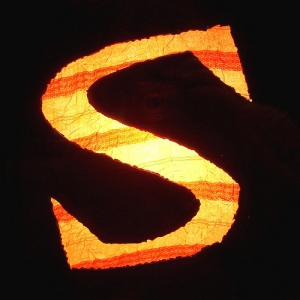 I Slathered myself in herbed brie and let Mr. X have his way with me.
(Ha! Just kidding. Making sure you’re still paying attention.) I did have some herbed brie, though, and it was quite good.

I Soothed myself listening to the old school R&B stations on iTunes.  There is nothing like Maze and Frankie Beverly to cure what ails you.

I Spent an afternoon cleaning the house and it felt darned good.  I can control at least one aspect of my life!

I Searched for information on what I have decided will be my Consolation Prize for coming up empty-wombed from this latest go-round: a super, heavy-duty, most awesome digital camera.

I Studied our bank statements from last year to see how much we actually spent on IF treatments to see if we can deduct it from our taxes.  It was cathartic in a weird way.

I Soaked in Super hot water while reading and Swigging a glass of wine.

And, last but not least, I Said goodbye to Mr. X early this morning. The Powers that Be have sent him off again on travel. Sniff.