Dr. Salsa has decided to switch things up a bit with this latest go round.  Instead of the down regulation protocol, I am doing an antagonist protocol.

My feelings on the matter? Go ahead, antagonize me. If it knocks me up for good, I don’t care what you do. 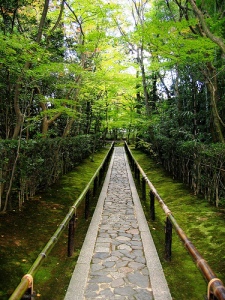 It’s also nice to have a little change up in the IVF routine.

That means no Lupron.  Mr. X was genuinely sad about this.  Really. He loved that I was on a drug that shared its name with the Latin root for wolf.  He loved to call it the werewolf drug and ask if I was going to start howling at the moon when I was on it. I think he also loved it because I was immune to any side effects from it.  I am perfectly fine to cut out that particular step.  Mr. X will take a while to get over it, though.

But, it also means double the fun on drugs.  Follistim and Menopur, together!  Who knew that such alchemy was possible.  I’ve tried each separately and had a banging good time, so who knows what the two together will do. Wonder drug twins, activate!

And, there’s a new kid on the block: Ganirelix.  There’s always room for another exotic drug in my neighborhood!

Dr. Salsa also is apparently renovating the surgery area of his office. I found this out when I showed up for my baseline appointment today and was greeted with the calming sounds of earthy music on the sound system that was quickly drowned out by the not-so-soothing sounds of banging, hammering and general mayhem.  I decided not to worry about whether this would be finished by the time of Big! Important! Things! happening.   But, it was a little nerve wracking to have hard things stuck in delicate places and then hear the whirring of a drill in your general vicinity.

Am I excited yet? Nope and I don’t care to be, frankly.  As far as I’m concerned, nothing in my life has changed except for about 1 minute a day, I will be playing chemist and then doctor.  Then, it’s back to the real, non-infertile world.

And away we go…

7 thoughts on “Antagonize Me”