First Response, that purveyor of hope and warm fuzzy images of normal fertile ladies, has a new product on the market that tests a woman’s fertility.  Apparently, it “accurately” measures your Day 3 FSH giving you a picture of the quality and quantity of your eggs.  I’m not going to address the fact that FSH is in some circles considered to be an inexact measurement of a woman’s egg quality (note that I didn’t say fertility – a woman can have the eggs of an 18 year old and still be unable to get pregnant due to other issues such as tubal blockage, uterine abnormalities, hormonal issues, etc) nor am I going to address what I consider to be First Response’s blatant use of this product to freak women the f*ck out and make them think that if they have a high FSH, they are permanently screwed.

No, I’m going to address how they have marketed this scare tactic because it is a real smack to those of us who are fertility challenged.  They have put together a commercial for which I was not able to find a link, but that has been transcribed here. 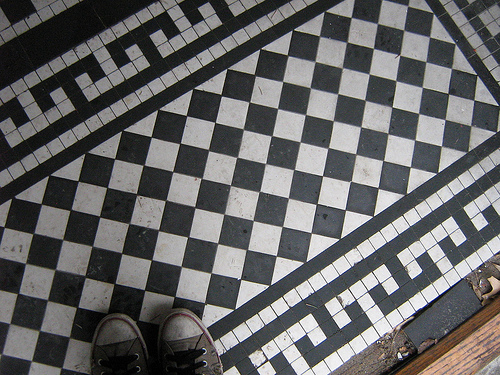 My blood started to simmer at the first line, “The moment we pass from womanhood to motherhood, we cross a threshold“.  At least it could be read to include women who become mothers through adoption or even women who provide additional parenting as aunts, etc.  But, what is this magic threshold? Does that mean that you cannot be a mother and a woman?  Or, is it like the field in Iowa where you walk into the corn never to be seen again? What of those women who cannot be mothers or choose not to? Are we left behind in womanhood never to cross this magic Rubicon?

If only that were the top of the mountain.  Instead, it was only the tip of the infuriating ice berg. Here is the real blood boiler line:

“Fertility is a woman’s most sacred birthright.”  What. The. F*ck.  Are you shitting me?  If this is the case, then I’ve been totally cheated!  I want my money back!  I’m going to call my parents and tell them that they really screwed this one up.

I can’t even begin to wrap my mind around how ridiculously awful this is.  It’s as if the most important thing that a woman’s most prized possession is her ability to reproduce, to repopulate the species.  (Notice that there is no mention of man’s most sacred birthright (or as the commentary so eloquently put it, “[s]trangely, I never see Viagra commercials arguing that knocking people up is a man’s most sacred birthright.” That would be sexist, right?)).  And, what of those of us who are infertile? We apparently lack that most sacred of birthrights, and have little else that can be nearly as important as this. We are, in essence, lesser people because of it.  Is it really necessary to beat on infertile women to sell a product?  Have we reached that low?

As unbelievably an eye-roll inducing a statement as it is, I know in my heart that my fertility, or lack thereof, is not a measure of me anymore than it is a sacred birthright.  I cringe at the word birthright anyway because it has so many connotations of people getting things that they have done nothing to deserve, although, frankly, I’ve thought this about quite a few fertile ladies in my day, so many they aren’t that far from the mark.  No, fertility is no more a sacred birthright than expecting that you will have blonde hair or blue eyes.  First and foremost, it is a choice, one of many that women get to exercise now that we have moved out of the Dark Ages.  Women can be mothers, but, they can choose not to be and still have fulfilling, non-spinsterly lives.

So, shame on First Response for trying to repackage fertility into something that should be seen by women as a thing that they are entitled to or, by extension, must exercise.

16 thoughts on “So Wrong on So Many Levels”