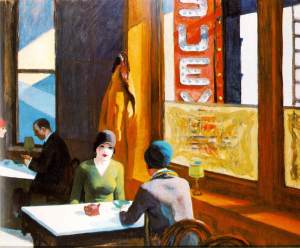 I have a very hard time asking for help from my friends.  It always starts a running tally in my mind, “ok, so and so had us over for dinner, so now we need to have them over for dinner” and I begin to feel very guilty if the perceived balance of favors gets out of my hand.  With the drama of last week, I think I have piled up so many favors to repay that I will be cooking from now until December.

When I started bleeding last Monday, I knew that there was no way I was going to be able to walk the dog.  I intended to remain horizontal until told that it was safe to do otherwise.  When we saw Dr. Salsa the next day, I was told to take it easy, and that included not walking the dog.  Mr. X was able to pick up some of the slack, but only in the evenings.  My dear friend in the neighborhood graciously stepped in and squired G about the neighborhood three to four times during the week between the bleeding and when I was finally cleared.

As if that wasn’t enough, she also took me to my latest monitoring appointment* with Dr. Salsa since Mr. X thoughtlessly scheduled business travel this week (I give him no credit for the fact that this was scheduled several weeks in adanvce).   She had such a great time that she even offered to come on our other appointments.

How did I ever manage to find such a wonderful friend?

How did I ever manage to find such wonderful bloggy friends who left such lovely notes last time?

How can I possibly make all of this up to everyone?

*I was still anxious about this appointent because even though we are officially farther than we’ve ever gotten before, I cannot let myself begin to assume that everything will work out.  But, the minute the picture came up on the screen, Little Bugger was no kidding spinning around like a disco ball.  The arms were longer and the heartbeat was a nice 180.  It also measured 11w2d even though at my appointment I was 11 weeks at the appointment.  We’re still taking it one day at a time.

15 thoughts on “That’s What Friends Are For”