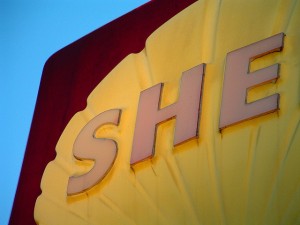 Last summer, I had lunch with a former law clerk of our firm – let’s call her “She Not Me” – as part of my re-entry to the local legal community after coming back from Texas.  We had actually offered She Not Me a position upon her graduation many moons ago but she turned it down in favor of a judicial clerkship.  At the time, BossMan groused that she was making a poor choice, which I didn’t understand since in my limited experience a judicial clerkship was quite the plum assignment given only to those in the top of the class and were very marketable later on.

During my Texas exile, BossMan had kept in touch with She Not Me through community service stuff and had told me at the time that he thought she had had a miscarriage in the last few years.  Fast forward a while and we find ourselves in firms working right across the parking lot from each other.  I was eager to catch up with her, especially if she was a fellow miscarriage survivor. I remembered her as being a pretty fun person.  We finally got past the waving hello stage and set a date to have lunch.

Within 5 minutes of being in the car, though, I knew it was going to be a difficult lunch.  She Not Me was not who I remember.  She was swearing like a sailor.  While I am a fellow sailor, this was a Deadwood-level of gratuitous swearing. I at least try to be judicious with my swearing, especially around people I haven’t seen in several years.  In between swearing, she was telling me all about swaggering from job to job and becoming a partner.  Kids seemed on the distant horizon for her. She only mentioned that she and her husband were going to have a lot to learn about having kids – and weirdly, about how she almost bought a car that wouldn’t fit a car seat.  No peep or hint of any difficulties or miscarriages.  She also didn’t ask me much about myself or what I had been up to for the last 10 years.  She certainly didn’t ask about my kids.  I was very disappointed.  I was really looking forward to having a girlfriend around for lunch or the occasional hilarity.

A few days later, She Not Me drops the bomb on Facebook: she was pregnant and already in her second trimester.  I was pissed off.  The girl knew when we were having lunch that she was going to have a kid and soon, and essentially lied about it to my face.  Granted, we didn’t know each other that well and she was under no obligation to share her joyous news with me (although looking back on it, I had this feeling that she might be but then said, “Nah.”), but her way of handling it did not do anything to raise her credit limit.  I totally get the desire not to divulge a pregnancy until it is safe, but in that case, don’t talk about kids, period. Let’s talk about interesting cases, bosses, whatever, but not kids. I can have that kind of conversation. I have a life outside of my children.

I remained friends with her on Facebook, anyway even though every single post made me roll my eyes in a dramatic teen fashion.  I was still pissed off about the pregnancy announcement.  It got worse with the baby sonogram, shower pictures and eventual “we’re in love with our new baby” picture.  I was  beginning to feel that my angst towards this girl was not so much about her lying, but something deeper so I finally decided to try to figure out why this girl had gotten under my skin.

It came to me while I was making dinner a few weeks ago. Are you ready? It is this:  She is who I thought I would be and don’t think that I am. How is that for a mind f*ck?

My biggest career regret is that I didn’t pursue a judicial clerkship.  At the time, I didn’t think that I was good enough and so I didn’t try.  I wasn’t on law review and thought that would sink my chances.  I also wanted to know for certain that I had a job that was relatively permanent before I started studying for the bar.  I got my wish. I was hired by the firm I am still working at – relatively unheard of in this day and age – and heard many times from my now boss that clerkships are useless.

She Not Me, of course, clerked for a justice on the state Supreme Court.

And, there is also the little issue of how freaking long it took for Mr. X and I to have Rex.  I thought, given her rumored previous miscarriage, that She Not Me and I had some common ground.  I gently floated some of the troubles that we had had and she didn’t bite at all.  Now I know that She Not Me wasn’t going to bite because she was already pregnant. And, it turns out that she didn’t suffer my pregnancy-related depression or anxiety about whether or not I was even going to have a live baby. She sailed through her pregnancy on a haze of happy Facebook posts and gauzy baby shower pictures.  So far, it doesn’t appear that she has had an inkling of post-partum depression, or at least nothing that she’s copped to on Facebook.  By the time Rex was 4 weeks old, I was all over Facebook practically begging for comfort from people I hadn’t heard from in years.

In short, She-Not-Me appears to be sailing through this motherhood thing already.

I feel like she is my alternate, more bad-ass and accomplished self and she is sailing through the same wickets of life that I kept getting hung up on.

The problems with this conclusion are many.  The first is that I am assuming that what she is telling me is accurate and that her Facebook persona is even a marginal representation of her real life.  The bigger one, though, is my notion that I am not as bad-ass or accomplished as she is.  I don’t think this is the case.  I have to be bad-ass on a daily basis with this crazy life o’ mine and I bring it, every damn day.  I may not be as accomplished in the resume department, but I have a job that enjoy and am good at it.  It also affords me the flexibility that I need while raising two small children with a husband who works long hours far away.

In fact, she is actually probably jealous of me. Imagine that.